WOW Saddles Australia has seen many of their clients perform brilliantly on the biggest stages.  The latest success is a young horse obviously destined for many more triumphs.

Danielle Ffrench from Canberra, ACT with Hollands Bend Skyfall  (known as James) performed outstandingly in a big quality field to be placed third overall in the 4yo Young Dressage Horse Class at this weekend’s PSI Dressage and Jumping with the Stars 2017 held at Werribee, VIC. 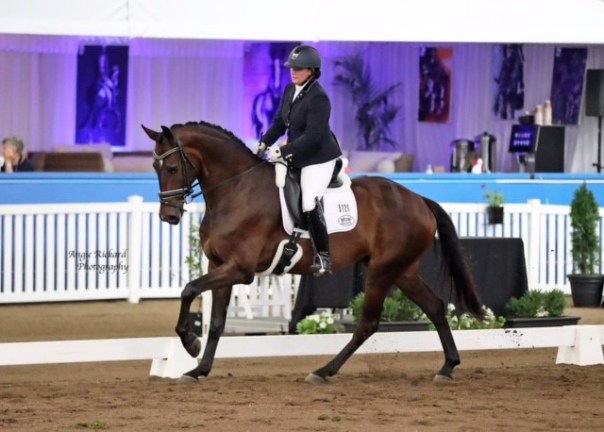 Danielle and James were in sixth place after the first round thus progressing with the Top Ten to the second round.

Danielle had to ride very sympathetically to help young James recover from initially being  overwhelmed by the atmosphere in a lovely test for a final third placing.

HB Skyfall is produced by Danielle and her twin sister Amanda Clarke, and is part of a promising team of exciting young horses.  The sisters run the well respected Gooromon Park Riding School in Canberra, Australia.  They
use WOW Saddles on their performance horses as their saddle of choice.

And after all the excitement, James was not going to let anyone interrupt his afternoon nap! 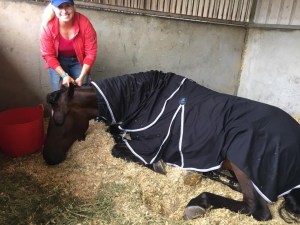