Jane Littlejohn used to combine eventing with her career as a qualified tap dance teacher. She bought Urban Knight (‘Herbie’), a 16.2hh bay KWPN as a 3yo in 2011 specifically for dressage. His short back proved hard to fit; the best efforts of 3 fitters still left him unwilling to work and bucking much of the time.  Jane says “I hit the deck a lot, and if I did stay on, it was only by hanging on to a neck strap.” Physios confirmed the problem was with the saddle, not his back. 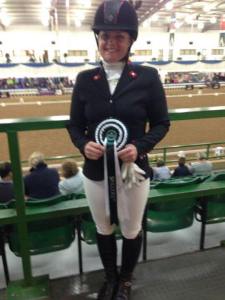 Happily for Herbie, at a BD camp at Keysoe, Jane met Wow Fitter Alison Braithwaite.  Like all the fitters, she has a wide selection of headplates, panels, seats and flaps. Having fitted Herbie with a correctly fitting tree, headplate and panels, she let Jane try a number of seats and flaps over the two days. They also experimented with the many girthing options to ensure the saddle sat still.  The transformation was immediate. Herbie relaxed, his movement became markedly bigger –  and Jane’s husband commented “You’re sitting in the right place for the first time!” 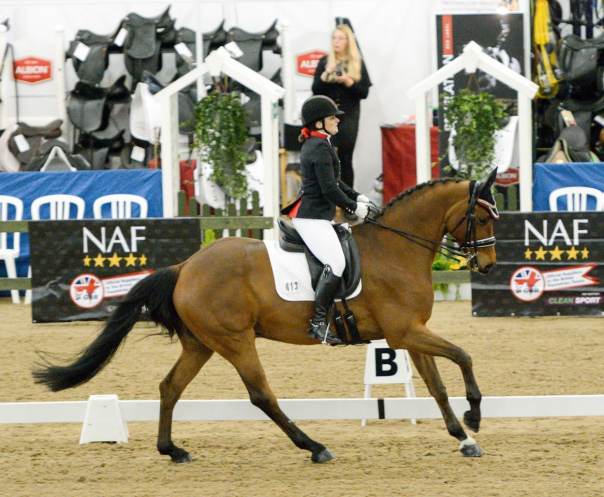 From this point, Jane and Herbie have been regular finalists at every level: their first notable success being a third place in the Petplan Novice in 2013.  Since then they have won and been placed consistently as they moved up through the levels to Advanced Medium.  Their most recent success was to be placed second in the Petplan Advanced Medium. Freestyle at this year’s Winters finals.  Jane plans to consolidate at this level over the next season, but has already ridden a PSG test, gaining over 65%.

She says “I was so relieved to find a saddle that could be fitted to Herbie so well, and which we can adjust easily as he changes shape.  He is a totally reformed character – easy to deal with in every way.  Far from the bucking bronco we used to own, he now gives pony rides to my 18 month old toddler – he is so sweet with him. My friends have been so impressed by Herbie’s story that three of them to my knowledge have bought Wows for their own horses.” 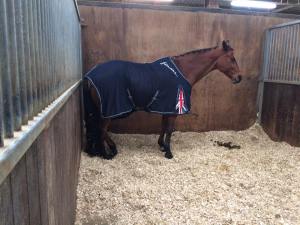