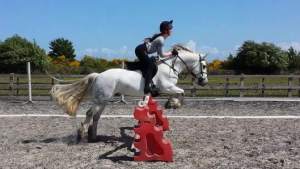 Jenny Gilmour, a client of Gaynor Ranshaw, had her eye on her daughter’s lovely Fell pony Vinnie. He used to compete showjumping and all Pony Club activities, but has happily fallen in with Jenny’s plans for some Endurance.

In their first competitive season, they already have some notable achievements under their belt. 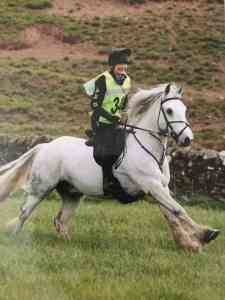 Jenny competed at Tinwald endurance ride 33k, where this image, taken by Heidi Richardson Allison for Form and Function photography, won best endurance horse and rider in action for a charity photo competition. 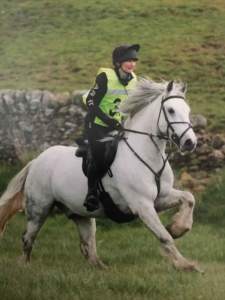 Her Wow saddle has SJ flaps and a Continental seat, so not the classic Endurance set-up, but when a saddle is this comfortable for you and the horse, who cares?

Jenny says “I rode in it last Saturday for 50 km over different types of terrain and love it. Vinnie loves it too – we gained our bronze thistle award at this ride.“