The pinnacle of grassroots eventing in the UK is the Mitsubishi Motors Cup competition, run at Badminton in the days immediately prior to the world’s leading 4* event. Amateur riders who have qualified during the previous season have the chance to gallop over the hallowed turf. We caught up with Liz Hole, a small animal vet running an extensive practice in Somerset, as she prepares for this event of a lifetime. 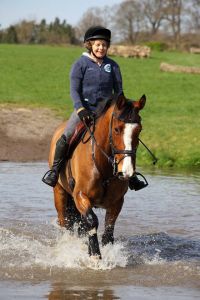 Liz has an excellent track record of buying young horses and producing them to event successfully herself. She bought the bay KWPN Cupido, known as Benji, as a 4 year old. “He was quite a handful as a youngster, but has come into himself. I originally bought him with a view to eventing. He moves beautifully, with a lot of power, and has hardly ever had a pole down showjumping with British Showjumping or BE, so he could have excelled in any one of these three disciplines”.

Liz qualified for the regional finals at a BE90 at Chepstow last July, winning on her dressage score of 23. At the Pontispool regional final in September,  Benji gave her an equally fantastic ride, to come 5th and book her place at Badminton.

During the winter, Liz had her WOW saddle checked by Nicola Nicholls, who is particularly experienced with event horses.  Liz had been concerned that as she increased Benji’s fitness, her saddle was not sitting as still on the horse’s back as it used to.  Nicola made some significant changes to the set-up of the saddle, which immediately made the horse more comfortable and improved his way of going.  She also encouraged Liz to change to fixed block jump flaps from GP flaps, to give her more security and facilitate a shorter stirrup. An easy change with a WOW! 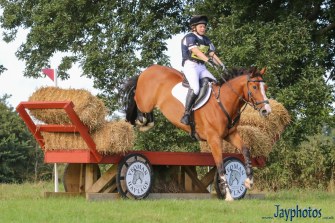 In addition to the usual fitness work and schooling at home, Liz has over the winter taken Benji out showjumping, and to a residential course with Adam Kemp.  Although still eligible for Elementary and Medium dressage, Benji has competed at Advanced Medium and is working at home towards PSG, so the BE 90 test should hold no terrors.

Now the ground is drier, she has been able to get out cross country schooling; the only problem was just how happy and exuberant Benji was in his re-fitted saddle. 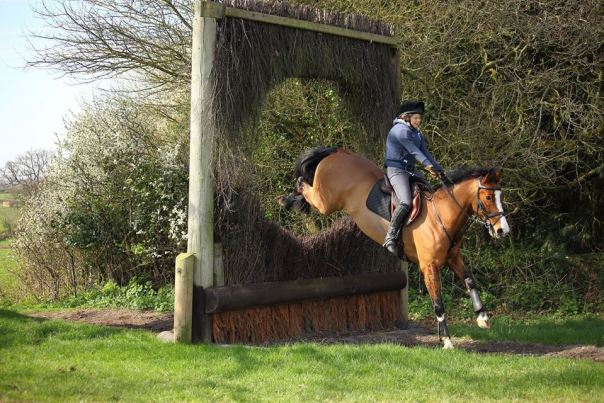 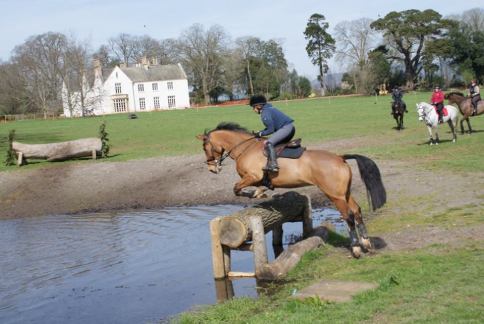 “I took Benji xc schooling today. He thought he’d died and gone to heaven. I had to gallop him 3 times around the field to get any sense at all out of him then he was ace – did all the stuff I can’t do at home, including jumping into water, which I’d never asked him before. “

It looks like Liz and Benji are perfectly prepared for the Mitsubishi Motors Cup.  Everyone at WOW wishes them the very best of luck, and most importantly a fun day.